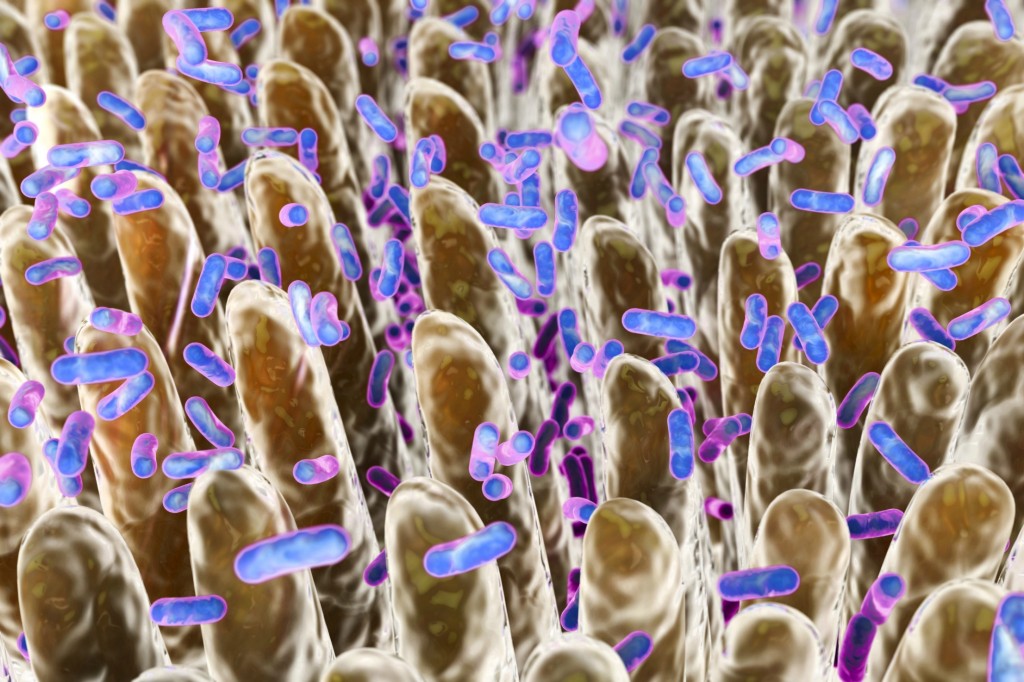 Gut bugs, or gut zoo, is a topic that usually doesn’t see the light of day. A topic your kids probably respond with “TMI, Mom.”  But your health and wellbeing depends on the health of your microbiome.

So what is a microbiome? According to Dr Robynne Chutkan, author of The Microbiome Solution and Gutbliss, “The micro biome refers to all of the organisms that live in or on your body: all of the bacteria, viruses, fungi, protozoa, and helminths (worms, for those of us who have them), as well as all of their genes.” [1]  Just thinking about these bugs inside your body might be creeping you out, but they are a part of you — some good and some bad. You have trillions of critters living inside you.  In fact, Chutkan says you have, “more than a billion bacteria in just one drop of fluid in your colon alone.” [2]

Last week, I mentioned that I have been diagnosed with SIBO, an acronym for small intestinal bacterial overgrowth. Some of my readers asked some very good questions — “what is SIBO?”, “how do you get it?”, “how do you treat it?”, and “now what do you do?” So in this week’s blog post, I thought I would explore what SIBO is.

The symptoms you present with are closely linked to which species of bacteria are depleted or proliferated.  For me, my first symptoms that caught my attention were the inability to lose weight and adult-onset asthma.  I am a physically active person and seemingly overnight I was wheezing and couldn’t do anything physically stressful without an inhaler.  After asthma was ruled out, I was left confused and determined to find answers.  I made an appointment with a naturopath to get a food intolerance test, because I had read that foods could cause asthma, weight difficulties and a host of other symptoms I was having.  Not surprisingly, I was highly reactive to a lot of foods!  Thus began my journey of healing my gut from leaky gut (intestinal permeability).

I’ve thought I had this think under control many times over the last six years.  I’ve been treated for candidiasis (yeast overgrowth) several times.  I’ve removed gluten, dairy, eggs, soy, corn, almonds, cashews and much more permanently.  I’ve introduced a steady stream of supplements to heal, repair and maintain my gut’s health.  But symptoms like wheezing, bloating, gut distention, resistant weight always kept coming back.  Then I started to have a sensitivity to excessive histamine.

So, I dug into researching other causes of these symptoms.  After resisting my findings, I finally decided to ask my family doctor about SIBO.  Yes, he knew what it was.  But diagnosing it with the provincial healthcare system wasn’t so easy.  I decided to pay for the lactulose breath test out of my family’s budget instead. No surprise — I have SIBO.

Dr Chutkan says, “SIBO is really just another term for dysbiosis that occurs when large amounts of not-so-good bacteria take up residence in the small intestine, causing gas, bloating, abdominal discomfort, and sometimes diarrhea or constipation.” [4]  I presented with constipation, which is linked to the high levels of methane gas detected on the breath test and the critters, archaea.  Interestingly, archaea feed off the hydrogen gas produced by the bacteria that is overgrown in the small intestine.  Basically, it is a vicious cycle — bacteria overgrows and produces hydrogen gas then archaea feeds off the hydrogen gas and produces methane gas.  Archaea are prokaryotes, meaning that they have no cell nucleus or any other membrane-bound organelles in their cells.

SIBO is not some new diagnosis.  It was identified decades ago, but when Mark Pimentel, author of A New IBS Solution, linked SIBO to possibly being the root to IBS symptoms, well, then SIBO became instantly controversial.  It is documented that slow motility or movement in the intestines allows bacteria to overgrow causing SIBO.  SIBO isn’t new. It isn’t the latest fad. It is real, but largely goes undiagnosed and untreated. [5]

Let’s recap what SIBO is:

Did you find this topic interesting? Have you been diagnosed with SIBO? Then take a moment to share your experience in the comments. It is always comforting and supportive to know you are not alone in your health battles.

I would remiss, if I did’t offer my assistance as a certified holistic nutritional consultant, especially when I know that to prevent the reoccurrence of SIBO requires a reduced carbohydrate diet with a prokinetic (will discuss in an upcoming post). If you’ve been diagnosed with SIBO or candidiasis, my personal experience and knowledge could assist you in finally winning your battle and preventing dysbiosis from returning.

Coaching Certified by
AFAA and NASM

Don't wait until the New Year to start! Begin your keto lifestyle transformation today.
Put your wellness first in 2021.

As a certified keto coach,
Brenda can help you.
Watt Works Nutrition is using
Zoom or FaceTime meetings.
Call or email for a Discovery Chat.

Your meetings are very good, presentations meaningful, offers of help abundant, mid-week followups good reminders.  So apart from living with me and keeping me honest, there isn't much more you can do. - Anonymous

Watt Works Nutrition
2015-04-16T16:50:45-06:00
Your meetings are very good, presentations meaningful, offers of help abundant, mid-week followups good reminders.  So apart from living with me and keeping me honest, there isn't much more you can do. - Anonymous
https://wattworksnutrition.ca/testimonials/c/

I was skeptical about the whole program, but Brenda showed me how to eat successfully even while eating camp food. I have lost 27 pounds, 5% body fat and lots of inches.  My digestion has improved.  I have more energy to hike and climb.  This program works!  - CW *[Results not typical]

Watt Works Nutrition
2015-04-16T16:51:23-06:00
I was skeptical about the whole program, but Brenda showed me how to eat successfully even while eating camp food. I have lost 27 pounds, 5% body fat and lots of inches.  My digestion has improved.  I have more energy to hike and climb.  This program works!  - CW *[Results not typical]
https://wattworksnutrition.ca/testimonials/cw/

I started my weight loss journey in January 2014.  I had high hopes of losing my excess weight and gaining health and energy.  WOW!  That's all I can say because within 12 weeks I lost 10 inches and 10 pounds! - CR *[Results not typical]

I joined one of Watt Works Nutrition's weight loss group.  During the 12 weeks, I learned so much and enjoyed many successes.  I lost 14 pounds, 10 inches and 3% body fat during those initial weeks.  I have gone on to lose ALL my excess weight! Wahoo!  In fact, I just bought my first skinny jeans ever!  I have enough energy to do back-to-back Zumba classes now. - PP [Results not typical]